The largest Slovenian civil engineering project in recent history – the construction of the second railway connecting Port Koper with the core international railway network in Slovenia – officially started in March 2019. Still, many questions remain to its successful completion.

Port Koper, which is the only deep-sea port in Slovenia, recorded an impressive growth in the last decade; it transported more than 24 million tons of goods, including almost 1 million containers (TEU) and more than 750.000 cars. Since 2009, it has increased the quantity of its throughput by more than 10 million tons. The throughput continues to grow fast.

However, its growth is encountering limitations from the infrastructure that was designed for much smaller traffic volumes. 59% of the goods has been transported from the port using rail, essentially reaching the capacity of the existing railway connecting the port with the international railway junction at Divaca.

Before recent and ongoing modernization, the existing railway had a capacity of 72 train compositions per day, allowing for the annual transportation of 9.2 million tons of cargo. When the modernization is completed, the capacity of the existing railway will increase to 14 million tons. Yet, with projections of Port Koper reaching 35 million tons of throughput by 2030, this essentially means that all additional cargo will have to be transported on road. This ultimately results in doubling the current road cargo transportation by 2030 and tripling it by 2040.

More about Slovenian civil engineering can be found in the EECFA Slovenia Construction Forecast Report. Sample report on eecfa.com

A simple solution would be to expand railway capacity by constructing the second railway next to the existing one, but unfortunately, this is not possible as the existing railway was constructed in 1967 as an industrial railway owned by the port. Due to its history and very difficult terrain with very steep gradients, it does not fulfil technical EU standards for the core TEN-T railway network. Thus, the construction of the second railway actually requires the construction of the whole new railway with two tracks to enable longer train compositions and faster speed.

Since 1996, and in the period of 10 consecutive Slovenian governments, 17 different technical plans have been prepared for the construction of the new railway.

The final plan obtained a building permit in 2016 and will allow for the construction of 27.1 km of new railway. Together with the existing railway, the capacity of the new railway will be 231 train compositions per day, making the transportation of 43.4 million tons of cargo possible. Its steepest gradient will be 17%, while the existing railway has the steepest gradient of 26%. In order to achieve this key technical characteristic, 37.4 km of tunnels (including service tunnels) and 1.1 km of viaducts will need to be constructed. This plan is still being adjusted to construct a full two-track railway as the existing building permit only allows a single-track railway with service tunnels.

This will further increase the price of the project. Estimated construction value of works for the approved building permit is EUR 1.05 billion (excluding VAT) with more than 50% of the costs associated with the construction of the tunnels. Nevertheless, there are serious concerns that the cost overruns will cause an increase in estimated costs – even with significant reserves for cost overruns already in this estimation.

The financing structure for a project that will eventually cost almost 3% of Slovenia’s GDP was greatly constrained by the lack of public financing during the austerity measures following the Great Recession. The government of Prime Minister Cerar established a 2TDK, a specialized project company, in March 2016 and obtained a concession for the construction and management of the railway for the 45-year duration of the concession. This model is a novelty for Slovenia and allows for the pooling of resources from the national budget, participation of other countries lacking access to the sea and utilization of EU funds as well as obtaining loans for the construction. Limiting the need for the public funding from the national budget was the main motivation for such a structure, but its novelty and unclear role of other investors, including Hungary that was initially interested in entering the ownership of the 2TDK project company, has resulted in major concerns from the public.

These concerns, as well as the general lack of trust in the management and efficiency of this biggest publicly financed project in Slovenia, have resulted in a strong opposition from different civic groups. This opposition has managed to hold two referendums on the proposed structure of the construction projects. It has also succeeded in putting the case in front of the Slovenian constitutional court. While this opposition has managed to delay the project, all opposing measures were eventually overruled, and the project has finally started with the initial financing structure.

Yet, the new government has been openly critical on the need to involve other countries (of which only Hungary has stated interest to invest into the project) and has officially declared that it will invest the required capital by itself. More financing concerns are being raised by the banks, especially the EIB, that will probably require governmental guarantee in order to issue loans that the project company requires to complete the construction.

Even so, construction started in March 2019 with preparation and the construction of service roads to the sites of the future tunnels. Construction is currently planned to be completed by 2025.

In the current economic environment, with fast growth and budget surplus, the Slovenian government can even afford to finance the whole project from the budget if other financing sources failed to materialize. However, the situation could change significantly in case of another economic crisis that might occur in the next 6 years. Hopefully, the construction will be completed without any further disturbances that cannot be completely ignored, though. 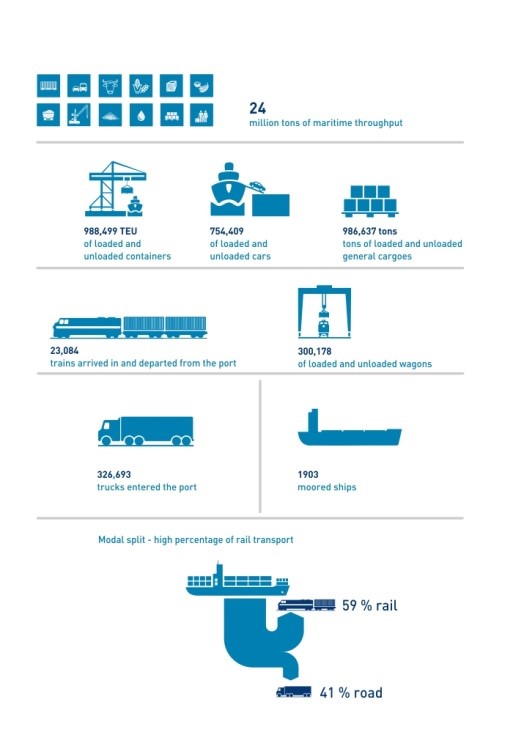