Back in early July, a month before the currency depreciation entered into the free fall phase in Turkey, we wrote a post about the European Commission’s forecast. This is a regular task for us, since we use these forecasts for assessing the expected macro environment in some of our countries. The post was about comparing the most recent GDP forecast with the previous ones and comparing the construction investment (precisely Gross fixed capital formation) outlooks where available.

It was so surprising to see the Commission’s upward revision of construction investment forecast in Turkey (for 2018-2019), that I have entered into a mail exchange with those behind the figures. I thought this was a mistake, but they have assured me that everything is ok with their figures.

For this reason, one more paragraph was added to that post emphasizing that our view on Turkey is significantly different from that of the Commission and that we, EECFA, have revised our forecast downward.

This is the EECFA forecast I was referring to, issued in at the beginning of Summer 2018: 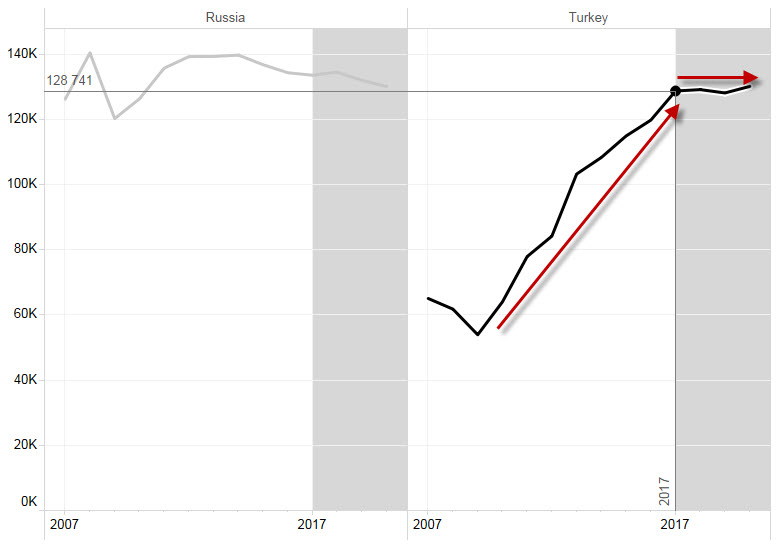 Surely, we did not foresee that the events would unfold in such a dramatic fashion; our scenario in many previous forecast rounds was the soft-lending, instead.

And here we are now, construction investment was up by 8.4% (as published by the Turkish Statistical Institute on 10 September 2018) in the first half of the year. In the good half.

Considering the massive unsold dwelling stock [link in Turkish] and the wide-ranging consequences of the currency downfall already materialized in abandoned/suspended private and public projects, very cautious investors and reconsidered public investment plans, my gut feeling is that our forecast is very much valid.

In case you would like to see our assessments on segment level, EECFA’s forecast for Turkey is available in the EECFA Forecast Report Turkey released on 18 June 2018 together with the other 7 EECFA Forecast Reports.
Sample report: eecfa.com / Discount options and orders: eszter.falucskai@eecfa.com.