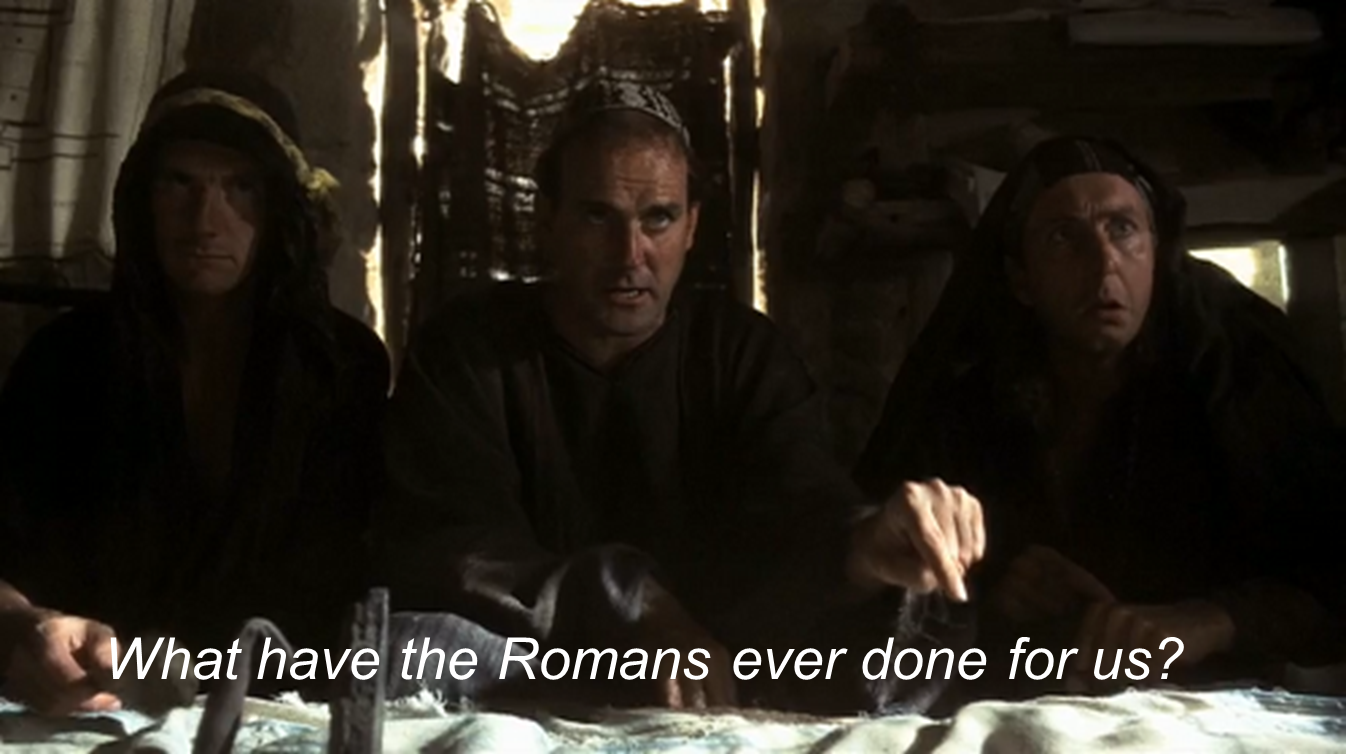 How important are EU funds for transport investments in CEE? Very much.

The next graph shows how much EU funds were used for transport investment purposes between 2007 and 2013, and divides this figure by how much was spent overall on inland transport infrastructure in these countries (note that sea investments are not included in this figure; however, presumably in most CEE countries they are not important).

The result is stunning: in Hungary, Latvia and Bulgaria, more than 80% of all investments were financed by EU funds. Poland and the Czech Republic are also above 60%. Interestingly enough, this figure for Romania is not so high, most likely due to the country’s weak absorption of EU funds in the period. 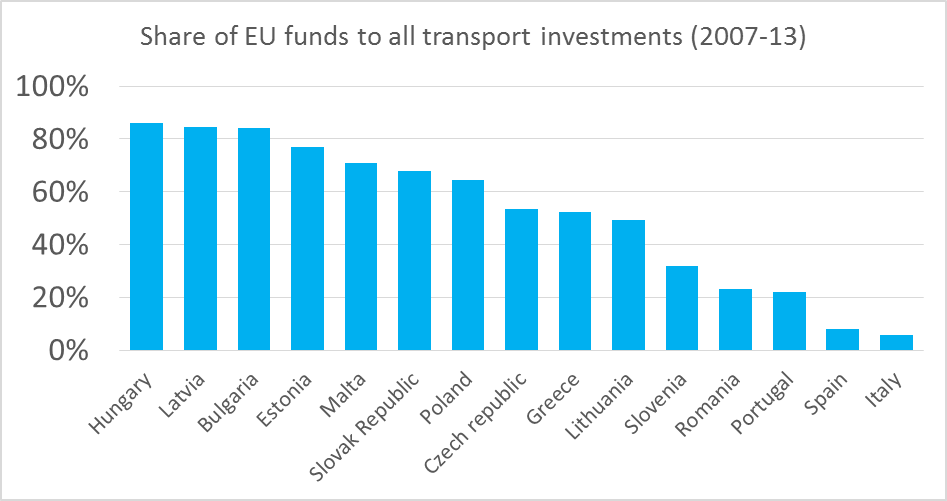 In the EU, there will be 35% fewer funds allocated to transport and energy infrastructure. The biggest losers are Hungary, Lithuania, Bulgaria and the Czech Republic. As to Poland, Romania and Slovakia, they have managed to maintain their funding. There is only one big winner: Croatia (not surprisingly, since this is going to be their first whole EU funds cycle).

If you add only a modest economic growth to a 35% lower available funding, it is an easy guess to forecast lower transport investment levels in the EU for the coming years. Momentum can only be expected from some periphery countries like Poland or Romania, where economic growth can remain high and also EU funding will continue to be ample. 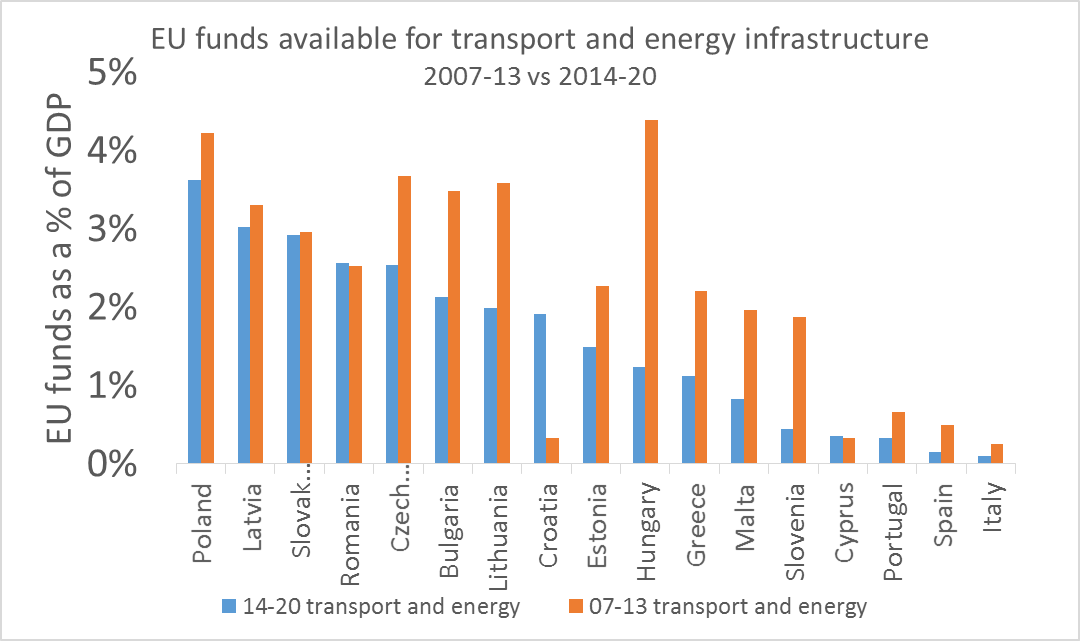 A short history of transport investments

Spending on transport infrastructure has been declining for four years in the European Union. European economic stimulus packages kept up investment levels until 2011, however, these stimuli have run dry since, causing a significant decrease in investments.

EU funds provided a huge opportunity for new member states to build roads and railways. Transport investment grew by 300% between 2000 and 2010, with most of the increase occurring after joining the EU (2005 or 2008). During the same period, investment for old EU members went up by 30%. Still, in absolute terms, old member states are investing overwhelmingly more: EUR 85 billion as opposed to a mere EUR 10 billion in new member states in 2013.

Both in new and old EU member states, road infrastructure gets most of the funding; however, in Western Europe a lot more is spent on railway infrastructure (around 40% versus 20% in CEE). 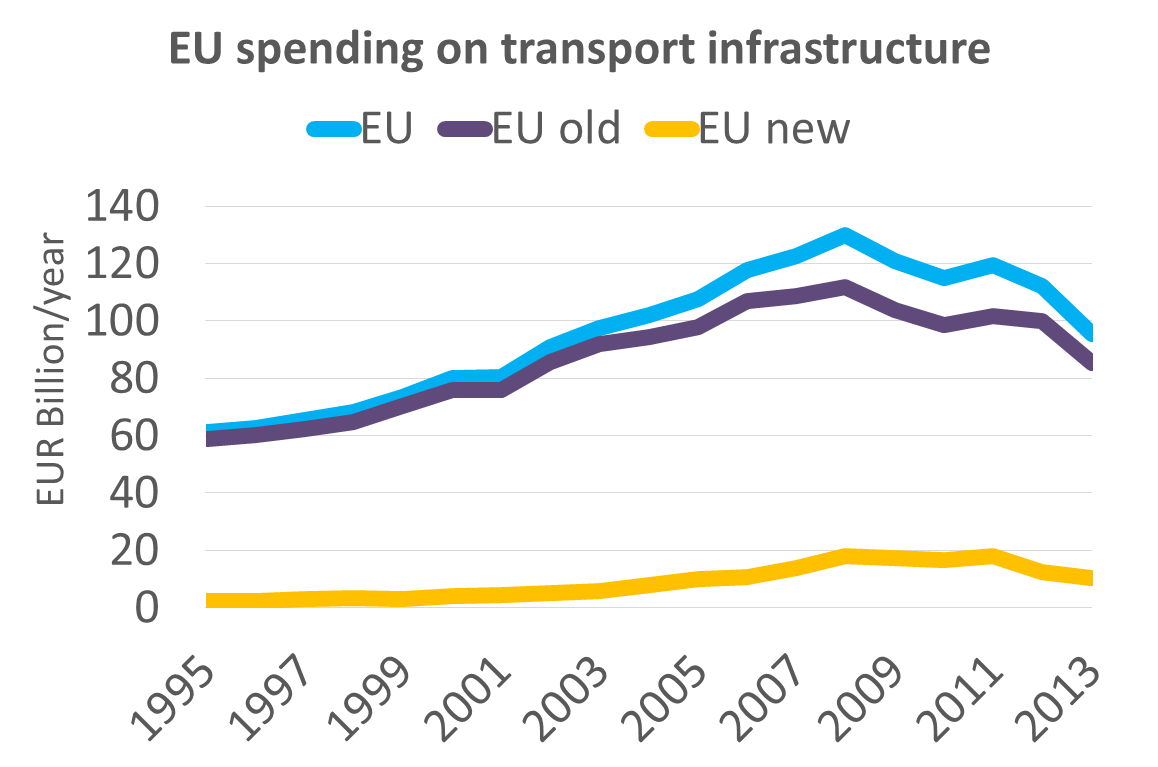 New member state inland transport investment soared in the previous decade. This growth came to an end due to the somewhat decreased growth, but mostly due the end of the EU funding cycle.

The level of transport spending declines with the level of GDP per capita. However, the 1% per GDP investment level became a „de facto” political benchmark in Western Europe (ITF). This suggests that investment levels are affected not just by real investment needs, but also by available international funds (EU funds in the case of new EU member states) and political decisions (economic stimulus, electoral years, etc.).

What do they spend on?

Old member states tend to spend on improving the performance and safety of infrastructure, while minimizing environmental impact. Another important field is infrastructure around metropolises, where avoiding high levels of congestion is the target. In addition, Germany, France and the United Kingdom also want to extend their high-speed railway network.

New member states spend mostly on infrastructure network construction and rolling stock renewal. Another important field is the completion of Trans-European Transport Network (TEN-T) corridor. These countries also have commotion problems around metropolises, but these are mostly due to dilapidated and inadequate road networks. The electrification of railways and modernization of tracks is also on the priority list for new member states. 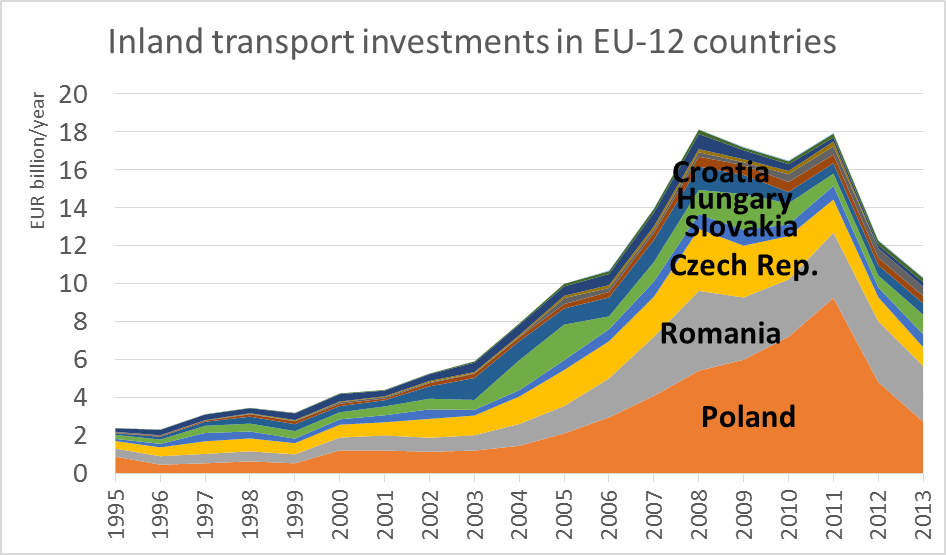 Not surprisingly, Poland and Romania are the biggest transport investment markets among new member states. Before the crisis, the Czech Republic and Hungary were also major investors; however, since 2010, both countries reduced their investment.

As the new EU funding cycle ramps up after 2016, a new wave of transport investments can occur. Even though the overall EU funding will be lower, countries can “program” their spending before elections to boost political support. So watch out for 2017 in Hungary (elections in 2018); 2019 in Poland, Romania and Slovakia (elections in 2020) and 2016/2020 for Czech Republic (general elections in 2017 and then in 2021).

We reward our readers with a video for keeping up until the end of the post. This week’s video was an obvious choice: What have the Romans ever done for us?