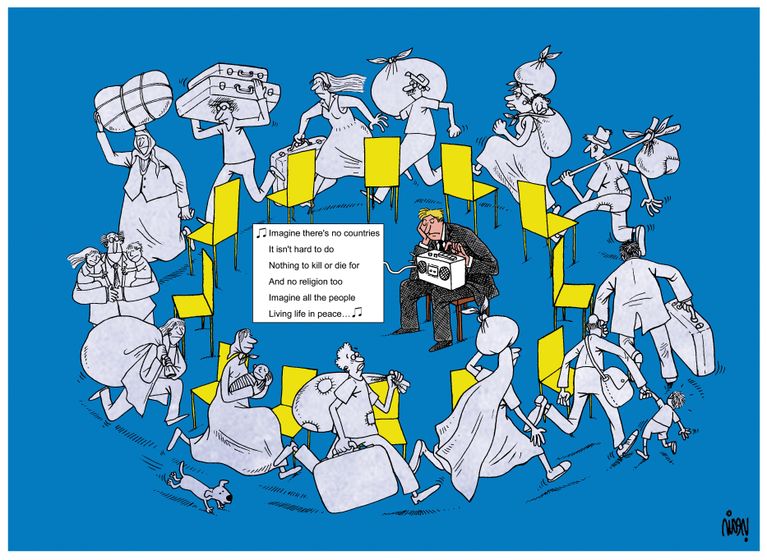 There is a series of current issues having an impact on construction that will be discussed at the 80th EUROCONSTRUCT Conference and first, we would like to address a very current issue in Europe: migration. There are many aspects of this phenomenon and it would be hard to present them all. Instead, we will address only one: how immigration can help slowing the ageing of the European Union’s population and thus increase growth prospects.

From the point of view of the economy, ageing is a disaster: fewer and fewer workers have to work for more and more pensioners. This is captured by a measure called old-age dependency: the fraction of 25-65 years old population over the 65+. Today it is 0.29 in the EU, meaning that 1 worker has to work for 0.29 pensioners. By maintaining current levels of immigration, by 2080, this would grow to 0.51 and almost one-third of the population would be 65+ (see blue line and bars on the graph below). 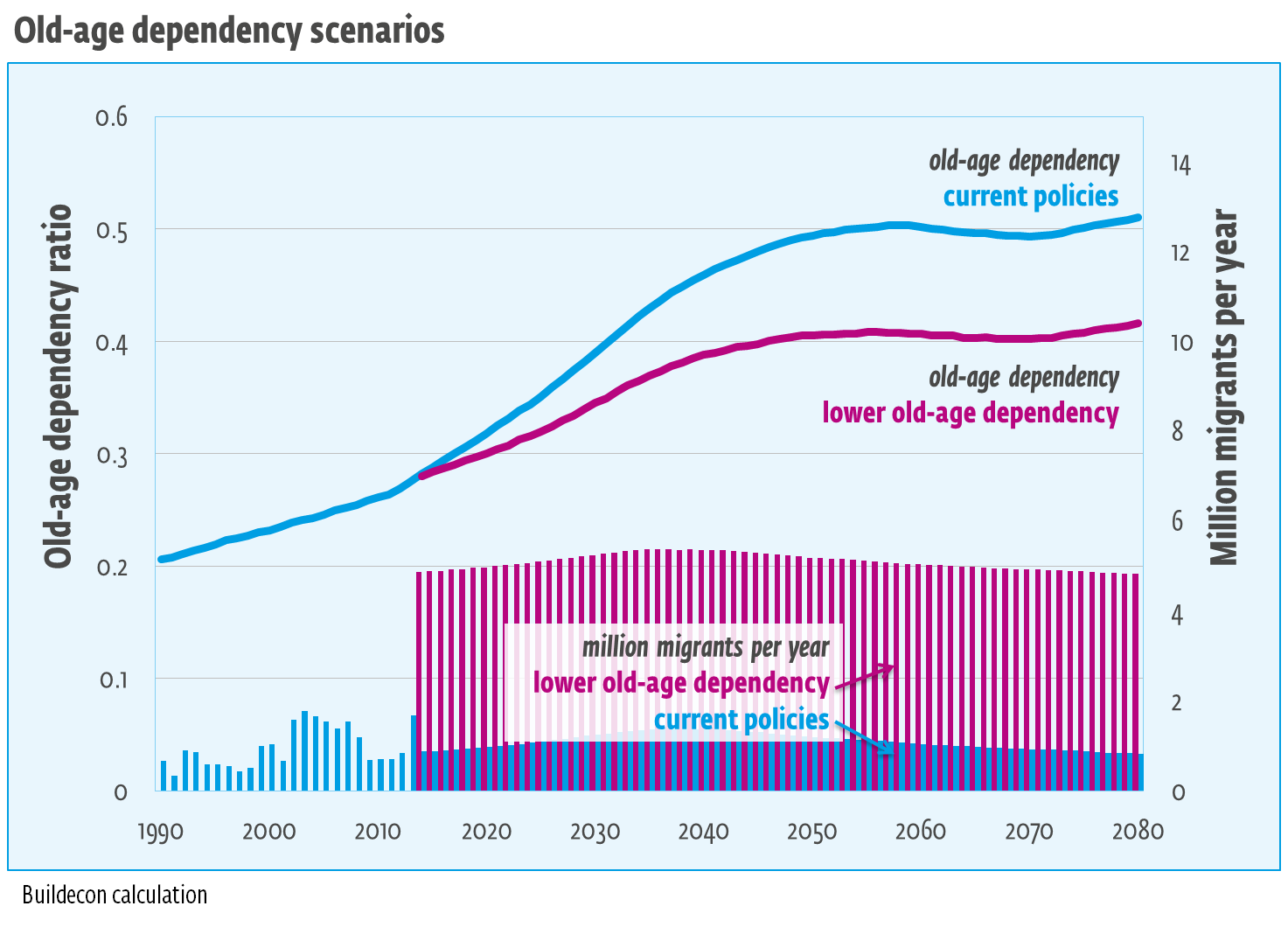 Since fertility is low and not expected to grow, the EU has two options (or a combination of them): either to start increasing retirement age or to accept more immigrants. Both options would cause a lot of tension in societies; now we focus only on the pure immigration-solution.

What is a fairly manageable level of old-age dependency and how many immigrants should be accepted to achieve it?

There are no recommended standards for old-age dependency, but it is well-documented that the world’s oldest nation, Japan has already been struggling with this issue. So let us assume that the „minimum program” for the EU is to remain under current Japanese levels (0.4).

Immigrants are generally young (last year 79% of asylum-seekers were under 35) and able people, however, the demography of an ageing 500 million-big society can be changed only slowly and through generations. According to our model (based on the Eurostat’s Europop demograhic forecast), in order to stabilize old-age dependency around 0.4, the EU would have to accept around 4 million migrants per year (from current levels of 1 million). Let us stress that here we do not refer to asylum-seekers only, any kind of immigration that brings young people can help.

Due to political reasons, today it seems unlikely that this many immigrants would be accepted to the EU in the next decades, however, an increase from current levels is probable. Nevertheless, today the worsening of the demographic situation seems to be inevitable, even if the more-immigrant solution would be accompanied by an increase in retirement age. This puts pressure on potential long-term economic growth levels (as the newest IMF report pointed out again).

Summing up, we expect lower potential growth and a somewhat increased immigration level in the long run in Europe.

This means both good and bad for the building industry. Lower potential economic growth affects the non-residential sector most directly: less demand for new office buildings, warehouses, etc. Civil engineering sector is affected in a similar way, with smaller demand for new infrastructure. In the residential sector, when lower potential economic growth meets a stagnating population, it means lower demand for new buildings: it is enough just to keep the housing stock stable as an ageing population does not need many greenfield projects.

These are long-term negative effects that we see. However, a changing market always provides new opportunities for growth as well. In our next article, we will elaborate on emerging opportunities related to the migration issue, both in the short- and the long-run.
Let us know if you have anything to add or comment on the article, you are welcome to join the discussion!

FURTHER READINGS ON THE TOPIC:

If stayed with us for so long, you deserve a YouTube-break: Do it for Denmark!