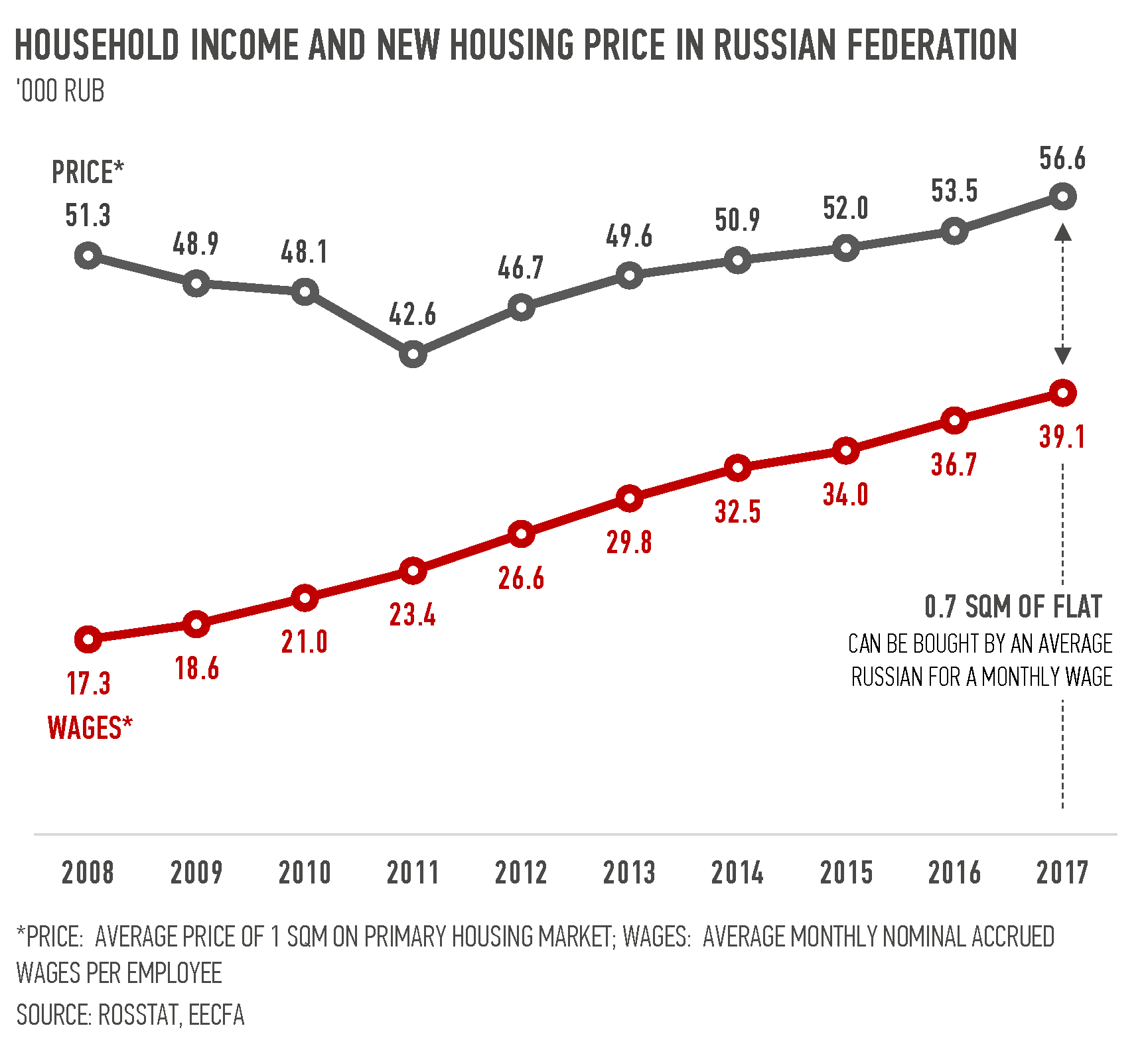 The second factor ensuring long-term demand for housing is the quality of the existing housing stock, which has more than 33% (or about 1.2 billion sqm) of housing built before 1970. Even with the record volumes of housing construction registered in Russia in recent years (in 2014-2017 about 80 million sqm annually) and even if it stays at the current level, it will still take at least 28 years to reach the minimum acceptable security and to fully replace the old housing stock. In general, housing demand in Russia will not be END_OF_DOCUMENT_TOKEN_TO_BE_REPLACED